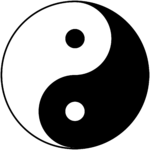 We need to cleanse crystals for several reasons. When we work with crystals either by ourselves or with others they pick up energy. It doesn’t matter whether this is good or bad, positive or negative or anything else. There probably isn’t a good and bad anyway!

What do I mean, that there’s no evil in the world?
There’s an old Chinese story about an Old Man who lives in a village. It’s harvest time and the villagers are celebrating the night before they start to harvest their crops. This is a GOOD thing. The Old Man’s only son had too much to drink and on his way home, in an inebriated state, falls and breaks his leg. This is a BAD thing. The Old Man cannot harvest his crops and they will rot in the fields. A BAD thing. And he and his family will starve in the
winter. A very BAD thing. The villagers are sympathetic to the Old Man’s plight and offer to bring his crops in. This is a GOOD thing. So they all go out into the fields and harvest his crops in one day. They will harvest theirs in the following days. A very GOOD thing. The next morning the village is awakened by the sound of trumpets. A General is raising an army to fight the Enemy and takes all the young men from the village. A BAD thing. Except the Old Man’s only son who broke his leg. A GOOD thing. All the young men leave with The General to fight a battle. They loose and all are killed. A very BAD thing. The villagers’ crops wither and die in the fields. A BAD thing. And everyone says what a GOOD thing it was that the Old Man’s son broke his leg.

Crystals pick up energy, good, bad or indifferent, it doesn’t matter. It’s just energy that you don’t need at this moment.
They also get dusty! Dust sticks with an electrostatic charge. This will affect the crystals’ piezo and pyro-electric effects. It will block light reducing the quantity of photons it can focus. So don’t let your crystals be dusty.

You can see when a crystal needs cleansing; they loose their sparkle, brightness and even colour. They can also feel sticky in your hand. There is a difference between cleaning and cleansing. It is your intent. The former is physical and crystals like this too. A little mild detergent in a washing up bowl and a thorough rinse with water will make them sparkle. [Beware of water soluble crystals!] They also like a bit of a tickle with a soft brush – a make up brush is good for this and removes the dust.

Here are some of the many traditional ways of cleansing crystals.
Running water – hold your crystal under running water for a few minutes. It may need longer if it’s been working hard or hasn’t been cleansed for a long time.
Sunlight – leave your crystal in sunlight. You can also dry your crystals in the sun after washing them. [Beware – quartz crystals, especially crystal balls, will focus the sun’s rays and can be a fire risk. Take appropriate precautions.]
Moonlight – especially in the full or new moon.
Incense – the smoke from frankincense, sandalwood and sage (smudge stick) is cleansing.
Rebirth - bury them in the earth, leave for about one/two weeks/moon cycles/bury on full moon and unearth on new moon/etc.
Place on large amethyst bed, quartz cluster or inside a geode.
Sound created by chanting, drumming, Tibetan bells or symbols (tingshaw) can clear any unhelpful vibrations.
Breath, Reiki and Light are all cleansing.
Physical cleaning (as above)

With any method intent is the key. You need to be focused on and aware that you are cleansing your crystals.